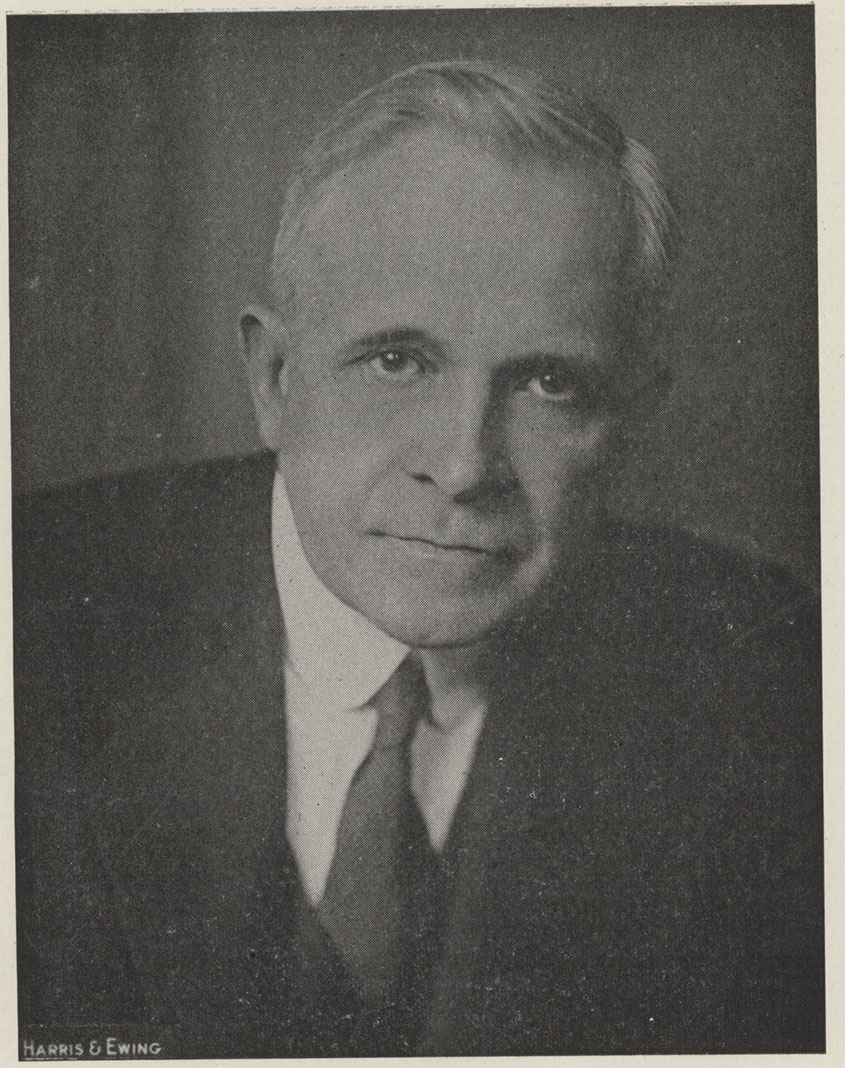 William Weber Coblentz was born in 1873 and lived on a small farm near Poland, Ohio. By the age of 17 he scarcely had a grammar school education. He attended Poland Union Seminary School where he obtained a rudimentary high school education. In 1894, he entered Rayen High School in Youngstown where he studied Chemistry, Physics, Pattern Making and Mechanical Drawing. Due to his inventiveness and mechanical abilities, his cousin suggested that he become an electrical engineer. He had planned to attend Cornell for this reason, but due to financial considerations attended Case School of Applied Science in Cleveland, OH. While at Case, Coblentz became interested in Astronomy and changed his major to Physics, which would allow him to take astronomy classes. In 1900, Coblentz earned a B.S. in Physics at the age of 26. During his time at Case he also took classes at Adelbert College in natural history, zoology, economics, geology, botany, and entomology. These classes would help him in his later years when infrared spectroscopy was applied to medical and biological problems.

Coblentz returned to Cornell in the fall of 1900 earning a Masters degree in 1901 and a Ph.D. in 1903 in Physics. His masters thesis subject was “The Infrared Spectrum of Asphalt” and that of his Ph.D. thesis was “The Optical Properties of Iodine”. Dr. Edward L. Nichols was his research director for both these dissertations. For his graduate work, Coblentz built two infrared spectrometers. The smaller one pictured at the right employed a 35 cm focal length mirror and a rock salt prism. The prism extended the infrared spectrum down to 15 m (666 cm-1). The larger spectrometer, pictured below, employed two 1 meter focal length mirrors with the same rock salt prism, and provided twice the dispersion of the smaller spectrometer. Due to energy limitations, the larger spectrometer could only be employed down to 7 microns (~1400 cm-1). 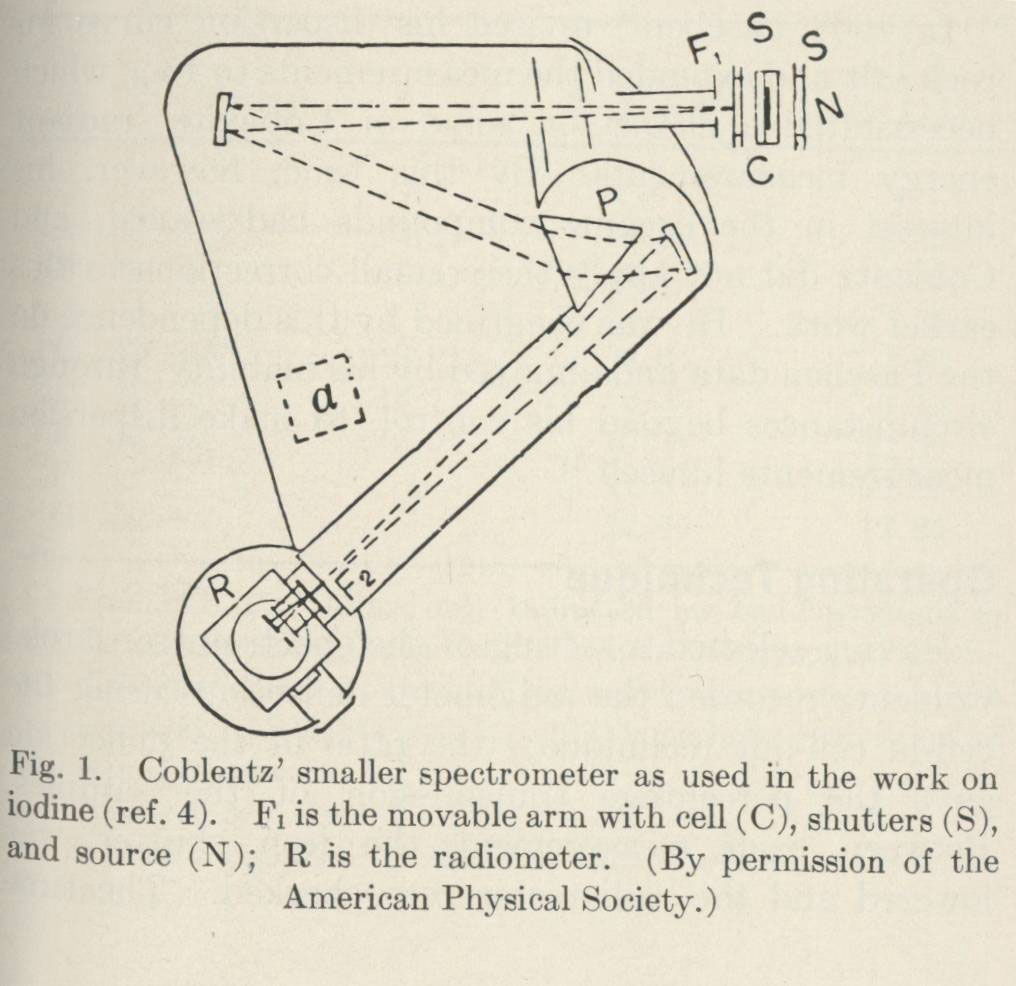 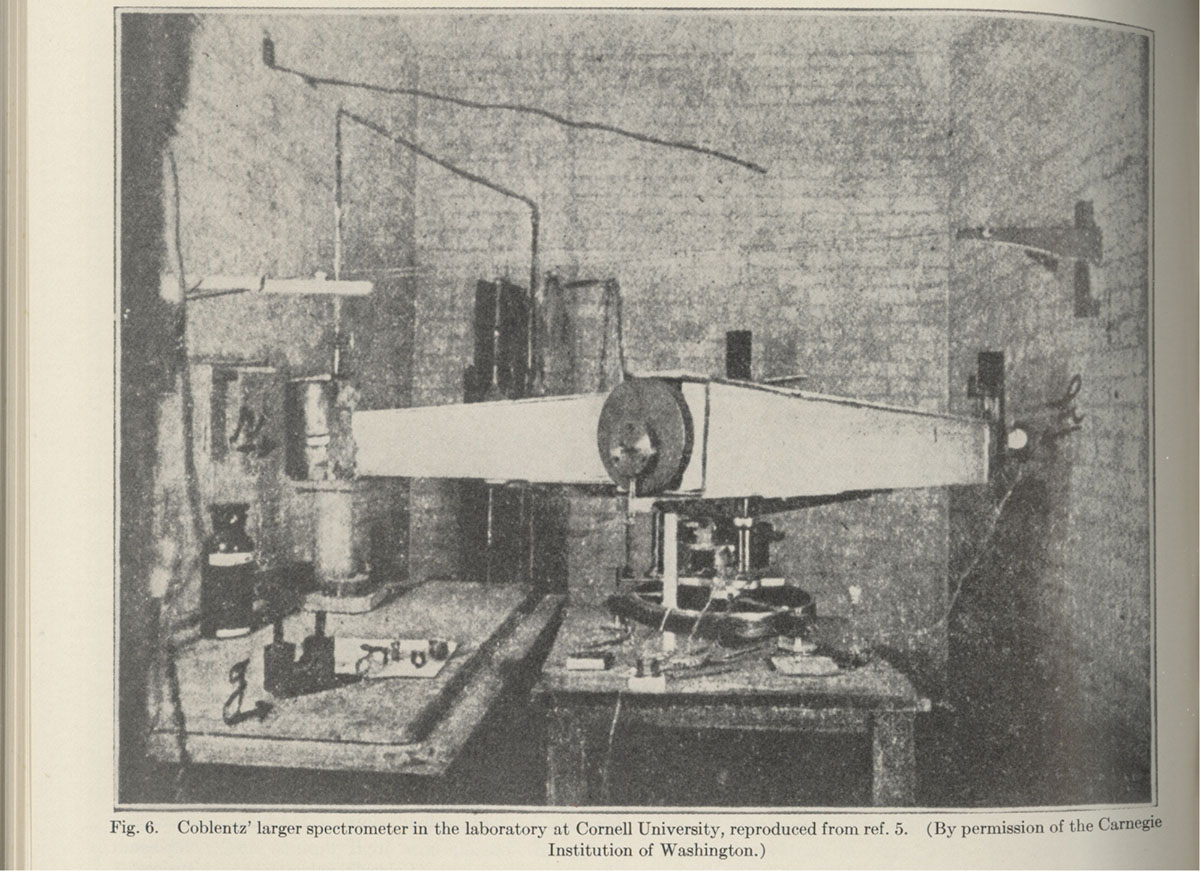 Nichols urged Coblentz to devote his life to research and suggested he investigate the infrared spectra of “pure” compounds. Most infrared studies of the time had been done on essential oils and essences. He was thus appointed Research Associate of the Carnegie Institution in Washington and Honorary Fellow at Cornell.

Coblentz sought the purest chemicals using his own money and undertook a comprehensive investigation in which he collected the infrared spectra of ~135 compounds. This undertaking was a daunting task considering that each spectrum required ~3-5 hours of continuous “observing”. The results of the investigations were published by the Carnegie Institution in three volumes dated 1905, 1906, and 1907. The combined volumes were later republished by the Coblentz Society and the Perkin Elmer Corporation. Coblentz’ collection was the only significant collection of the time and stood as the standard for decades to come. The above mentioned publications can be viewed in the display case to the right. 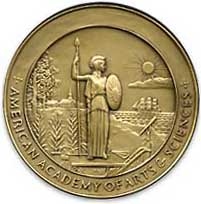 In April 1905, Coblentz accepts a position at the fledgling National Bureau of Standards (NBS) under the direction of Dr. Samuel W. Stratton. Coblentz is excited about the NBS, because he views it as a place where proper unbiased research can be conducted on long term projects. Initially, Coblentz is assigned the task of maintaining the bureaus’ interferometers. Stratton latter orders him to build an infrared spectrometer and continue his work where he conducts a comprehensive comparison of the various radiometers of the time. After these early studies, Coblentz moves away from infrared investigations and devotes a majority of his efforts toward radiometry and astrophysical studies.

In 1945, Coblentz retires from the NBS. A bibliography published in 1946 listed 412 papers on a wide variety of topics. About one tenth of these publications were devoted to astrophysical radiometry. His honors include the Rumford Gold Medal of the American Academy of Arts and Science in 1937, and the Optical Society of America Frederic Ives Medal in 1945. The Ives Medal is the highest honor presented by the Optical Society and recognizes “distinction” in optics. Three characteristics of Coblentz research stand out and include the amount of work Coblentz completed, the accuracy and thoroughness of this work, and the vision and pioneering spirit of his efforts.

On a personal note, Dr. Coblentz was above all persistent and hard working. He looked out for the education of future scientists by establishing a scholarship at Case. Finally, he loved the outdoors and gardening. This latter hobby was practiced at the NBS and in his retirement where he experimented with different varieties of plants.

Additional information about the life of Dr. Coblentz is available at Wikipedia.